i attended Gen Con, a gigantic board gaming convention in Indianapolis, for the first time this past week. Did i shoot any video? Of course i did. But it’ll take me a while to edit something together, and i wanted to capture my thoughts in inexpensive text, before they fully dribble out of my abused eardrums. Here are my first impressions.

Gen Con is big. i think Cheryl read an article last night that clocked attendance at 50,000 people. It has an enormous show floor within an enormous building. Fine. i’ve attended big conferences in the past. E3 in LA 2003 and 2004 were 60k and 65k respectively. The Game Developers Conference in San Francisco, which i attended for 8 years, was in the 20k range. And i’ve visited Walt Disney World, whose Magic Kingdom park sees about 50k people a day. But the Magic Kingdom has benches and Dole Whips.

Gen Con’s overwhelming bigness has more to do with poor civil engineering and bonkers architectural design than with attendance numbers. It took us most of the week to fully understand how the Indiana Convention Center was laid out, despite my studying numerous maps before leaving for the show. The gigantic exhibit hall adjoins another huge collection of halls, but at a weird offset, so the place is shaped like everyone’s least favourite Tetris piece. 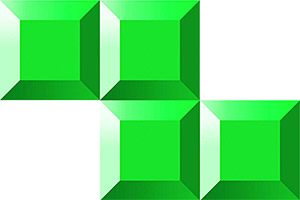 We were 10 minutes late for a meeting because we walked from Hall D to Hall A before i realized the meeting was back in Hall A. 10 minutes was the amount of time it took to fully walk the length of that section and back. Some events are held in the Lucas Oil Stadium that some sportsball team calls home. We walked there for what seemed like multiple kilometers, before we had to meet up with friends at the JW Marriott hotel, which sat diagonally in the other direction, and demanded more kilometers of walking. Our pedometers thought we were making things up.

Everything was extremely spacious in that Very American Way that lacked elegance and efficiency. Even just reaching the mall food court required a series of searches for well-hidden doors and traversing three sets of escalators, only to find the restaurants had all closed. The size and sprawl seemed to say “look at how impressive i am” instead of “i care about you and your needs as a human creature,” and this braggadocious posturing left me, paradoxically, unimpressed.

i’ve said it before and i’ll keep repeating it (if you can hear me over the din): gigantic, garishly lit hotel ballrooms with hundreds of people in them are among the worst places in the world to enjoy board games. That list includes The Top of a Cell Phone Tower During an Electrical Storm and While White Water Rafting. Having to shout at your friends across the table through the added barrier of a mask made the exercise less than fully enjoyable. The aforementioned Lucas Oil Stadium, home of the Indianaopolis Whatevers, was much more conducive to playing games, as the absolute enormity of the building handled a lot of sound absorption. But the stadium, with its absurdly large board game library, was widely known to be separately ticketed, so players avoided it in favour of the hotel ballroom. The fact was that only half of the stadium was roped off; the other half had gameplay tables that exhibitors could rent, but there was a large number of unused tables that players could likely occupy without too much trouble.

Attending a conference can be as much about the host city itself as it is about the special interest activity covered by the show. GDC is in San Franciso, where it’s tough to be bored. The downtown core of Indianapolis, on the other hand, plays host to about seventeen different steakhouses and… very little else. Whatever non-steak restaurants do exist close far earlier than they probably should (given that Gen Con injects 50,000 extra people into the core for 4 days). It mystified me that the downtown shopping mall, which housed a movie theatre, didn’t keep its food court open as late as even its early showing of Movie II: The Filmening.

Cities send messages to people with how they operate, and the message Indianapolis clearly sends is “if you don’t have a car, leave. And if you DO have a car, that’ll be 30 bucks for parking until 5pm. (And that’s exactly when all our restaurants close.)” i don’t remember seeing a single bus on any road, but i do remember that every major road seemed to be half blocked off for construction, with nary a road crew in sight. The absolutely oppressive heat and humidity were left to run rampant because of the city’s scant tree coverage and primarily 2-storey buildings that weren’t tall enough to create any sort of shade. City motto: Welcome to Indianapolis. This is gonna hurt you more than it’ll hurt us.

Exacerbating the conference’s bigness is its bizarre layout. Unpopular Tetris shape aside, the booth numbering was almost entirely sequential — large ceiling-hung banners indicated row numbers 100 digits apart — but certain booths straddled rows and bent around corners in odd ways so that their numbers were hard to pin down. Booths were searchable by name on a useful exhibit map, but the reverse was not true — i couldn’t find a way to punch in a booth number to see the exhibitor’s name, and i couldn’t find a way to sort booths by category (Cheryl and i tore around the hall for over an hour looking for one particular booth with one particular item in it, but ultimately gave up. We needed to be able to search for “apparel” or “accessories” on the website to have better luck.)

You can access the JW Marriott hotel from one of the conference hall’s many skywalks, but don’t go up to the second level of the building to access it, because you’ll hit a wall. Then you’ll have to go down an escalator, travel the full length of one part of the Tetris piece, and go back up an escalator, before finding that particular skywalk.

A building on the way to our AirBnB was called the Indianapolis Third Fifth Bank.

You’ll reach Hall D a full 10 minutes before you get to Hall A.

Looking for rooms 118-129?  Well tough, because they’re not rooms — they’re exhibit booths, and they’re on the show floor, and that’s an entirely separate section of the building.

But no. Instead, Gen Con is an absolute horror show of people with different goals and interests and chassis sizes and speed limits crashing into you and each other, careening around corners and coming to dead stops in the middle of the action, to the point where if you were trying to reach a destination like we were, with our militantly-strict meeting schedule, you had to pad each appointment with a significant consideration of travel time. Much of my show was spent parkouring over total dogpiles of toppled lookie-loos, and accidentally tripping people with my wheelie bag. The absolute carnage.

As attendance sizes increase, Gen Con organizers would do well to devote a lot more thought to traffic flow, even to the extent of adding “lane lines” to the floors to create an “i need to be somewhere” express corridor to help people avoid the “i am a shambling vacationer slowly oozing down the middle of the laneway, waiting to be distracted by something shiny.” Gen Con is not the conference for you if you have an overactive bladder, or one of those bombs in your heart that will explode if your pulse slows down too much, like in that movie Howard’s End.

Hey Grandpa… Got Anything to Say About Board Games?